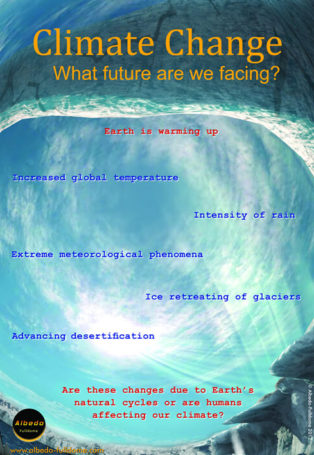 Climate Change – What Future Are We Facing?

Climate Change – What Future Are We Facing? is a 25-min show produced by Albedo Fulldome for planetariums and digital dome theatres. Info, trailer & full preview available.


Produced by: Albedo Fulldome
Directed by:

Earth is the only world in the solar system where we know life exists. Countless species of plants and animals live on its surface and in its oceans. But, Earth is changing. The atmosphere is losing its ability to regulate the comfortable temperatures that help life thrive. Earth is warming up and the signs are obvious.
The glaciers of Greenland and the Arctic are melting away. Deserts are growing. The oceans are becoming more acidic.
If the warming trend continues, the ice packs in Greenland and Antarctica will disappear in just a few decades. Sea levels will rise. Cities and coastlines will be flooded.
Rising temperature will cause more intense storms. Prolonged droughts will expand Earth’s deserts. Whole populations of plants, animals and humans could be wiped out.
Are these changes due to Earth’s natural cycles or are humans affecting our climate? Are we on a path of no return?
In this documentary, we’re using the latest science to share the story of climate change. Explore it´s causes, see its effects, and find out if humans can adapt to the climate change we have caused, or work together to reduce it.

You can get this show from:
Dome Club Ltd (parent company)
Sciss
ZEISS
Audio Visual Imagineering

I think I like the video. It does present various current scientific controversies. It is very out of date, however. Much more data has been acquired since 2013. The Full preview does not work (freezes at about 11 minutes). 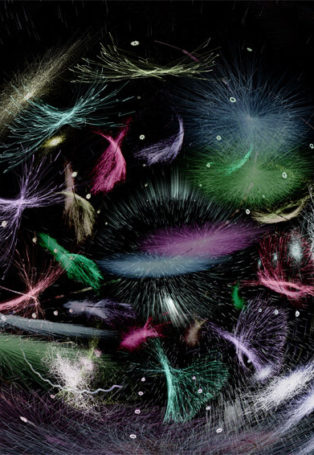 Liszt From Space
INFO
TRAILER
SAVE FOR LATER
ADD TO FAVOURITES 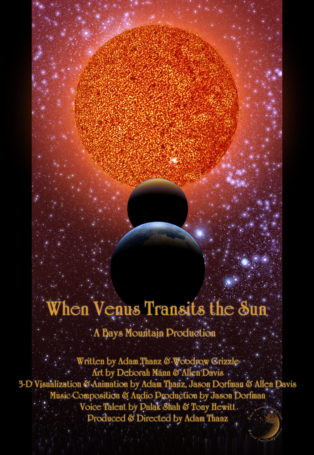 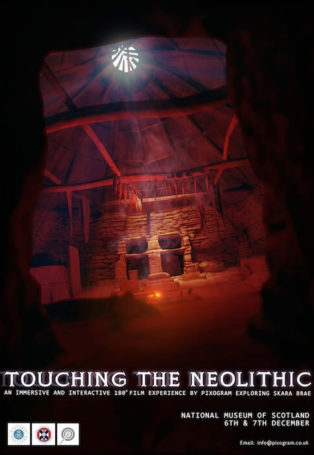