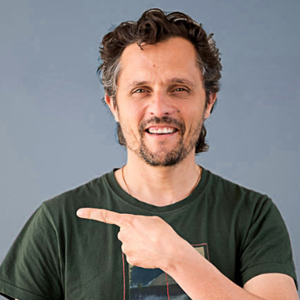 A Gift for Your Planetarium in our First Anniversary.

A year ago Beyond the Sun premiered in Spain, in the House of Science of Seville and we are very grateful for it.  We want to thank this planetarium and many others in Spain (Parque de las Ciencias de Granada, Pamplona, Cosmocaixa, Coruña and the Museo Nacional de Ciencias Naturales) who supported our project from the beginning.

But since then Celeste hasn’t stop travelling and discovering planetariums around the world.

The first international stop for Celeste was the Faulkner Planetarium in the USA. Thank to Rick Greenawald for trusting our project. The premiere made us especially excited because this planetarium is near one of the Darkest Places in the world. Places that became real thanks to organizations such as the International Dark-Sky Association (IDAs) and the Starlight Foundation, who also collaborates with our project.

After the premiere in the USA, the adventure expanded to many other countries. In a year Celeste has learned a lot of languages: Spanish, Basque, English, Korean, French, Japanese, Polish and Portuguese.

These versions are ready already, but will be coming soon: German, Arabic, Russian, Estonian and Belarusian.

"National Children's Science Center is located within the heart of Seoul. We provide scientific knowledge and experiences to children of the city. And kids love our planetarium! We chose 'Beyond the Sun.' to promote the trendy topic, exoplanets. It was a great decision since it has been raved by our young visitors and their parents."

But we have not done this tour alone. Thanks to the official distributors of Beyond the Sun we have gone even further.

Thanks also to the planetariums, especially Irkutsk's for the invitation to join the jury in the "People and Environment" international festival in its fulldome section. Thank you Pavel Nikiforov and Evgeniia Skaredneva for your attention and professionalism.

"We are delighted to be able to project "Beyond the sun" which is for us more a documentary than an animated film. It is very well designed to address an astronomical news topic, for both young people and adults. Finally, it is perfect for family planetarium sessions and of course for the school public. Celeste is really adorable and very fresh in her childlike innocence. The public asks for a continuation ...."

The first international festival in which Beyond the Sun participated was in the MIFF (Minsk International Fulldome Festival). In this festival, we were the second most voted movie by the public in 2018.

We had created a program that connects with the public regardless of their culture or language. And we did it using a universal language: that of science and emotions.

Beyond the Sun has been built under these two pillars.

Science shows us incredible worlds and phenomena, but we need the supervision of scientists such as José Antonio Caballero, the main scientific advisor of the project. José Antonio has achieved surprising findings in exoplanets through the Hispano-German project CARMENES.

And of the emotions, well that’s is really a difficult part, but the scriptwriters and the art and long experience in the animation of the Render Area and Monigotes Estudio 2.0 teams were crucial.

Beyond the Sun "Making of"

We know that interest in exoplanets will increase exponentially in the coming years.

I could verify this fact on October 10th by listening to Michel Mayor, just 48 hours after receiving the news that he had been awarded the Nobel Prize for physics. It is impossible to imagine the discoveries that await us in the next years thanks to the launch of new planet hunters like the James Weeb Space Telescope, CHEOPS or PLATO.

Thanks to all the planetariums who trust our project. Thank you for supporting us in our particular dream of arousing scientific curiosity among the youngest. Perhaps those who are now watching the movie will be the protagonists of the greatest discoveries of the 21st century.

For all this, today we celebrate the first year of life of Beyond the Sun. And we want to do it with all the planetariums worldwide.

If you want to become part of this family join us with a special 20% off until the end of the year. Contact our sales department to know more. 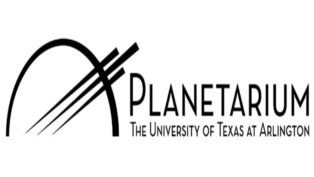 A new fulldome show has just been added to the Fulldome Database, check it out: Journey to a Billion Suns by Stargarten The show is still in production and will be released in January 2014.