Dome Under Fulldome Festival, the first-ever Fulldome Film Festival in Australia will take place at the Melbourne Planetarium 8–9 February 2020.

The Dome Under Festival is the first fulldome festival in Australia. It will showcase recent fulldome productions from around the world to an audience comprising planetarium professionals, fulldome filmmakers and the public.

This festival will be a celebration of the fulldome film format and it will promote the medium to a wider audience. The festival is independent and open to contributions from all around the world.

The festival is comprised of two parts, the Festival Competition (8–9 February 2020) and the Best of the Fest (10 February–1 March). The Best of Fest sessions will include one screening each weekday, and eight screenings each weekend of a selection of the best films from the festival (as selected by the Pre-Selection Committee).

Lynette Walworth’s latest fulldome production, Coral Rekindling Venus, will light up at least 25 domes around the world starting this week as part of their Transit events and subsequent screenings. As part of the Transit of Venus celebrations, the show will captivate audiences from New York to San Francisco, Greenwich to Montpellier, Brisbane to Buenos […]

A new fulldome show was just added to FDDB – The Fulldome Database, check it out: Legends of the night sky: Perseus & Andromeda by the AudioVisual Imagineering Info, trailer & full length preview available. 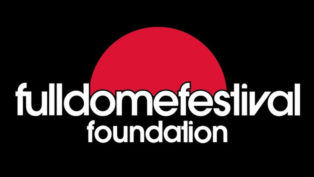 What for is the Fulldome Festival Foundation established?

By establishing the Fulldome Festival Foundation, the founders lay the groundwork for the future and secure the Festival‘s lasting existence.