In conjunction with the joint conferences, Eurographics & EuroVis in Norrköping, Sweden in 2020, the goal of the Wisdome contest is to be a festival of scientific and/or data-inspired dome movies for a public audience.

The Visualization Center C in Norrköping houses one of the premier dome theatres in all of Europe and is operated in close conjunction with Linköping University, providing an optimal constellation to provide a venue for communicating scientific content to a wide audience using this display method.

We encourage submissions from a wide array of backgrounds, ranging from academic institutions to digital science centers and beyond.
Submissions will be assessed by the referees according to the following criteria:
– creative use of the dome surface, sound and music
– the visual quality
– creativity
– the story telling quality
– public engagement
– technical excellence.

All accepted submissions are invited to be included in a “showreel” of the contest that will be distributed to several planetaria and science centers around the world, which will further increase the visibility of the submissions. 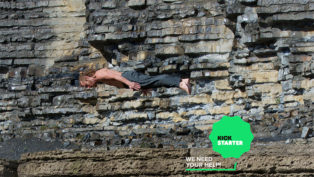 You can now support the production of Liminality via Kickstarter. Help us continue to push the cinematic medium of fulldome forward.