the Heavens of Copernicus Planetarium

In the planetarium the Heavens of Copernicus, we have a modern projection system that displays the image on a hemispherical dome with a radius of sixteen meters. The image is created through a set of four digital projectors and a star projector that displays 16 million points of light, i.e. stars. Such a system allows for an extremely faithful representation of the night sky, such as can only be seen today from the darkest places on the earth. With a gigantic database of astronomical objects, their positions and properties, it is also possible to travel around the solar system, watch space vehicles, planets and their moons from close distances, and to travel to other stars and planetary systems.

The room is equipped with 139 comfortable seats, with tilted backs, and with one seat for person using wheelchair. Around the auditorium, there is a surround sound system so the feeling of being immersed in the three-dimensional space is even more intensive.

the Heavens of Copernicus Planetarium 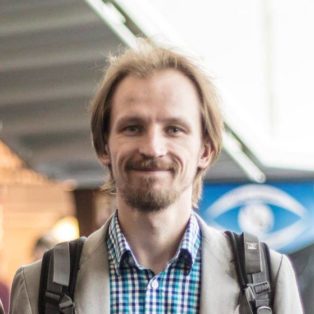 The Jena Zeiss-Planetarium will host the 6th FullDome Festival from May 8th to 12th, 2012. The organizers invite all fulldome producers to submit their latest productions to the 2012 Fulldome Festival. It is open to all fulldome producers worldwide. In 2012, full-length feature shows with lengths between 20 and 45 minutes will be welcome again. […]

A new fulldome live show has just been added to the Fulldome Database, check it out: Dromos by SAT – Society for Arts and Technology This live performance was produced in partnership with Mutek – an international organization dedicated to the promotion of electronic music and the digital arts – and Consulat Général de France […]