BAFICI was born in 1999 and has ever since grown to become one of the most prominent film festivals in the world, placed as it is in a privileged position on the international film agenda. The Festival is renowned as an essential means of promotion for independent film production, where the most innovative, daring and committed films can be shown. In the span of its comprehensive programming the festival comprises several cultural expressions and gathers acclaimed directors and new talents within a dynamic atmosphere. With its wide range of films including Argentine, Latin American and worldwide premieres as well as well-deserved retros, BAFICI is the greatest, most prestigious event for the independent cinema in Latin America. The number of visitors increases year after year: 184.5 thousand people attended the festival in 2005, while in 2008 that number rose to 220 thousand, among the 1011 screenings at all 9 venues of the festival. These and other figures led us to conclude that this had been the most successful edition until then. Not only was there a record of sold tickets, which amounted to more than 167 thousand, but there also was an innovation of a season of Argentine cinema in the open air, on the Carlos Gardel street of the Abasto district. A year later, in the 2009 edition, 245 thousand people enjoyed the 1069 Festival’s screenings, and they also had access to the unified-ticket selling system that allows buying tickets for any theater or screening. Moreover, the new section Little BAFICI was added for the little ones. The 2010 edition concluded with a total of 280 thousand people in attendance and 200 thousand tickets sold. Over a period of eleven days, the Festival screened 422 films from 48 different countries, totaling 1115 screenings, and introduced ANIMATIONBOX, a new workshop for children with free admission. All of these figures represent a 10 % increase over the 2009 edition, both in sold tickets and total attendance. In 2011, BAFICI markedly increased the number of tickets sold, achieving a record of 210 thousand. About 300 thousand people enjoyed a great Festival program, which included 438 films (113 Argentine premieres) screened at 11 venues scattered across the different districts of the City. Also, the little ones enjoyed the films of Little BAFICI on an outdoor screen located at Plaza San Martín de Tours. The Festival was honored by the presence of 300 international artists who partook in this event that continues growing and revamping itself year after year. Last year’s final figures show a turnout increase and the consolidation of the Festival as a major event in the City’s rich cultural calendar. In total, 350 thousand people participated in the 14th BAFICI, what represents a 15 percent increase over 2011. The number of tickets sold amounts to 230 thousand tickets, which also confirms the drawing power of such comprehensive showcase of risk-taking and ground-breaking cinema, hardly available in the commercial circuit of this well-known film-loving city. There were 1012 screenings of 449 films, including features and shorts from countries of the five continents. And 111 Argentine films (52 shorts, 59 features) were shown. Last year, the screening circuit comprised 23 theaters at 11 venues, including the newly added Planetario Galileo Galilei and its special full-dome theater, the Centro Cultural San Martín and its two new screening rooms, and the Anfiteatro del Parque Centenario, which served as a venue for the Open-Air Cinema and Little BAFICI sections. Buenos Aires breathes cinema and its citizens, well known for their avid filmgoing, join each edition in a growing number. Don’t miss it! There’s a place waiting for you. 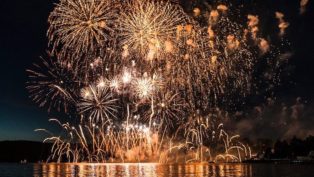 The Fulldome Festival Brno 2017 has ended and here we publish the list of the three festival winners.

A new fulldome show was just added to the Fulldome Database, check it out: The Moon – A Modular Planetarium Program by Audio Visual Imagineering Info and full length preview available.

A new fulldome show was just added to FDDB – The Fulldome Database, check it out: Infinite Horizons by Diana Reichenbach Info and full preview available for planetariums and digital dome theatres.