Now that we are all coming out of the pandemic I thought I would outline the changes I've made to the software I used to provide for spherical mirror projection into domes, for Apple Macs.

As some of you may know the earlier tools were mainly Warpplayer and a VLC based player. Warpplayer had dependencies that Apple cut in their latest versions of the OS. The VLC based player was difficult to maintain and is now based on such an old version of VLC that it would essentially be a rewrite from scratch.

So, I started from scratch and created a range of tools. It started with a replacement for movie playback but now includes variants for images (fisheye or not) and 360 videos. These work on the current and anticipated future versions on the MacOS as well as current Intel and increasingly common M1/2 chips.

A few days ago I added a screen capture version that can be used for software that creates fisheye content but not warped fisheye. Created for SkySafariPro but also suited to other fisheye capable software. This app could even be a better solution to Stellarium warping since the operator can work from the non-warped fisheye view. And for those who may have been in this game from the start, this brings us full circle, since something similar was offered from Swinburne in the early days of so-called "mirrordome" projection. Except now it is available for a reasonable cost and no machine locked license.

All the players are available on my website for testing. 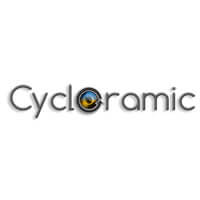 Cycloramic: there’s an app for that too

In love with panos? Watch this! Cycloramic makes your iPhone 5 rotate automatically. Maybe if you can find the right surfaces you could end up with nice fulldome shots. … yeah, right!     By the way, there are many Apps out there that allow you to get some sort of real 360° fulldome shots […] 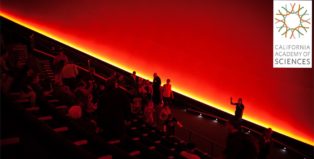 The California Academy of Sciences is seeking a planetarium show presenter for the Morrison Planetarium, one of the busiest domes in the world.