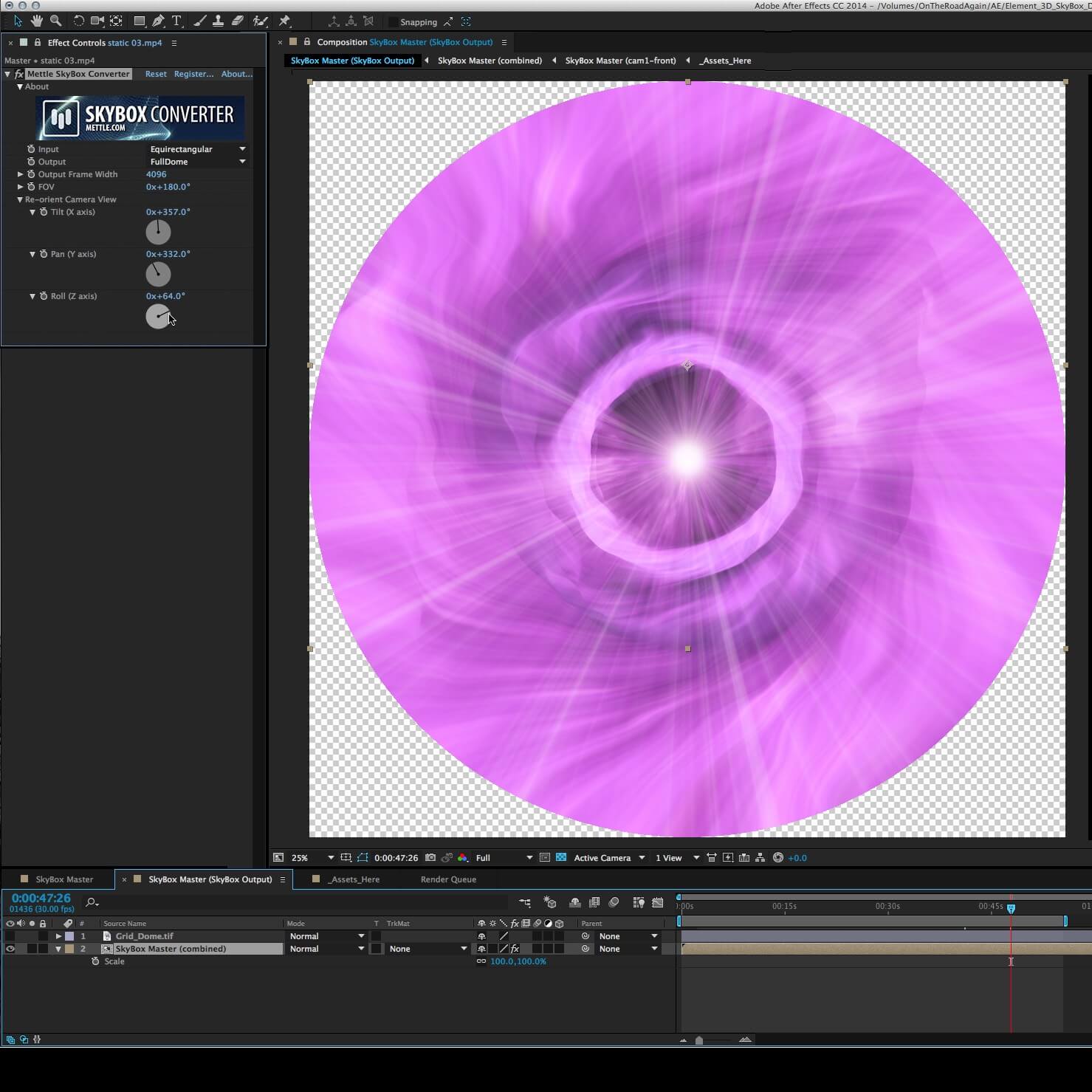 SkyBox Studio now supports FullDome format in After Effects. SkyBox Studio is a set of 360/VR production tools for After Effects developed by mettle. It lets you generate 360/VR motion graphics using After Effects 3D space as well as 3D plugins like mettle's FreeForm Pro, ShapeShifter, Eleement 3D, Plexus and Trapcode Particular. You can also import stitched 360 footage, and extract 6 camera views, which makes it much easier to add text, vfx and graphics.

SkyBox Studio has 4 modules: Creator, Converter, Extractor and Viewer, where each of them performs a different set of functions for 360 productions.

We have recently added FullDome Format to SkyBox Converter (a plugin component of SkyBox Studio): now you can convert between FullDome, Equirectangular, Cubic Cross and Spherical formats. This means that you can import stitched 360 footage and incorporate it into your Dome productions.

We developed the FullDome option when we were asked to consult on a Dome project A Brilliant Night for the Rio Tinto Alcan Planetarium in Montreal, Canada. It's a Fundraiser for Brain Cancer Research for the Neuro. The evening features a 7 minute Dome animation generated in After Effects using SkyBox Studio. We integrated FullDome into SkyBox Studio as a result of this project. The Motion graphics team was led by George Simeo, a Montreal-based Director and Animator who specializes in 360 format.

You can check out the features at SkyBox Studio. 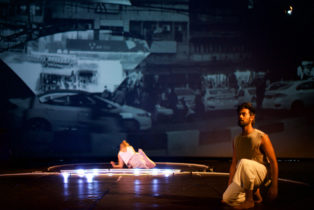 This unique immersive artwork developed by 4Pi (Wales) & SAT (Canada) has been long-listed within the VR / AR Category of the Lumen Prize 2018.

The Imiloa Fulldome Film Festival takes place September 5-7 of this year. Twenty-five films from numerous producers will be presented. Chris Ford from Pixar will be giving a keynote talk looking at the future of digital animation and rendering technology as applied to the dome environment.   Registration Registration is online now and you can […]