The 7th FullDome Festival will show professional, independent and student productions in different categories. In 2013, a limited number of full-length feature shows will presented. As in the previous years, student fulldome productions and fulldome short films by independent artists can be submitted. The thematic focus in 2013 is on the concept of »Ornamental Dances«, a term that may be freely interpreted in all categories. The organizers invite all fulldome producers worldwide to submit their latest productions to the 2013 FullDome Festival. Deadline for application is March 1st 2013. Students and are especially encouraged to contribute. Remaining a regular program item, the Student Festival will present, and award prizes to, fulldome sequences created by students at home and abroad. 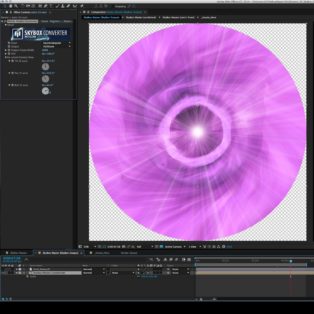 SkyBox Studio lets you create FullDome content in After Effects. You can convert between FullDome, Equirectangular, Cubic Cross and Spherical formats.