As usual, the 7th Fulldome Festival is packed with many interesting workshops and fulldome screenings at the Zeiss Planetarium in Jena. Jeff Merkel, from the Signal To Noise Media Labs, is a sound guy who started experimenting on how he could make his media less static and more interactive in order to create an immersive and highly dynamic experience. Gates Planetarium’s operator manager Dan Neafus was so engaged by Jeff’s ideas and enthusiasm that he handed him the keys of his system: a 16.7m dome equipped with 15 speakers and 4 big end subwoofer. After describing theater’s configuration, Jeff explained that sound in the dome environment is quite tricky. Speakers are behind the screen – which is all but flat, and generating weird audio effects – and there’s no easy way to connect with the sound system itself. With no workstation solution for 3D audio, Jeff’s group started troubleshooting to solve all sorts of problems and ended up putting together a piece of software that can decouple audio sources’ position with actual speakers’ positions by spatialization remapping programmed in real time. To achieve such results, the team had to calibrate the theater’s audio system in a way that each speaker would perform just like the others. This was accomplished with real acoustic measurements from which corrective models were created. The final toolset allowed the team and any third parties to reposition speakers around the dome in a 3D spatial environment. Plus, being managed by software, this process can also be run live from iPad and iPhone devices under the dome. A thing that could definitely boost interactivity even further. Learn more about the project and this free, “plug-and-play” resource from Signal To Noise Media Labs’ website.

The Mesa Community College Planetarium (Mesa, Arizona) is looking for a Planetarium Coordinator. The planetarium is a 52-seat Digistar 6 theater.

A new event was just added to the Fulldome Database, check it out:   Imiloa Fulldome Film Festival 2013   An international line-up of 25 new digital planetarium films will be showcased during the festival. All entries to the festival will be new planetarium fulldome content since October of 2010. 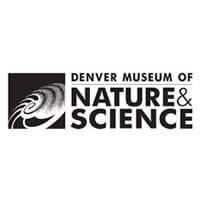 New Fulldome Show: Black Holes – the Other Side of Infinity

A new fulldome show was just added to FDDB – The Fulldome Database, check it out: Black Holes: the Other Side of Infinity by the DMNS & TLP Currently in distribution to more than 150 theaters worldwide. Distributed exclusively by Spitz, Inc. Info, trailer & full length preview available.