We are thrilled to announce that the FullDome Festival (Jena, Germany) is teaming up with the Dome Fest West (Los Angeles, USA), the Fulldome UK (Plymouth, UK) and the Dome Under Festival (Melbourne, Australia) to present the world's best 360° fulldome and immersive media showcase on Oct. 8 – 10, 2021.

This #BestOfEarth Partnership & Competition features a program that can be viewed in-house by local audiences in the four venues, as well as be available worldwide via a ticketed live-stream in 360-format for global audiences.

Deadlines at a glance:

The Co-op of International Fulldome Festivals is to benefit fulldome immersive media in general, fulldome artists in particular, educational institutions, planetariums, science and art, businesses, and general interest. The festival partners recognize that combining their efforts maximizes the outreach to audiences worldwide and promotes the fulldome medium in a way that could not be achieved by a single festival on its own.

17 new fulldome shows have been added to the Fulldome Database in June 2013. Check them out: Earth’s Wild Ride by Rice University Dinosaurs at Dusk by Mirage3D   Dawn of the Space Age by Mirage3D Comets & Discovery by Bays Mountain Productions Stars to Starfish by Full Dome FX Beyond the Arctic Circle by […] 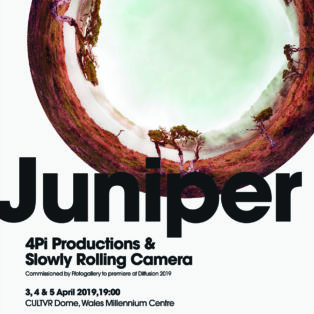 Slowly Rolling Camera will perform their critically acclaimed third album in its entirety accompanied by an immersive visual score created by 4Pi Productions.