About an year ago, FDDB was conceived just because of a very stimulating discussion at the end of FDUK 2011. This time, thanks to the organizers' efforts in finding some room in a very packed event, FDDB was officially there and could introduce the new website to the audience.

Check out the unexpected, yet much appreciated words from IMERSA as well as the FDDB presentation.

As Aaron Bradbury from NSC Creative & Luniere says - "These kind of events are pretty rare, so when they happen the fulldome community travels from far and wide."

A new fulldome show was just added to the Fulldome Database, check it out: SAT Fest 2013 by SAT – Society for Arts and Technology Info and full length preview available. 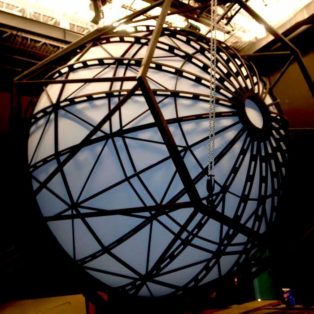 Fulldome content is often regarded as a new way for artistic expression beyond traditional scientific and astronomy-oriented films. It has been a little more than ten years since the introduction of advanced digital projection systems that can fill the entire dome but it has already changed the experience delivered by these institutions. Nowadays many established […]