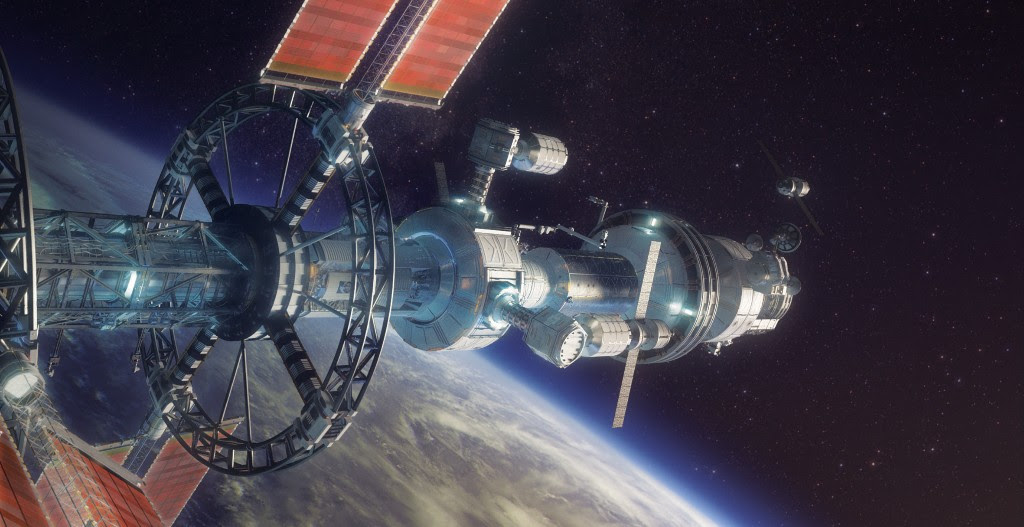 On April 4th, Explore had its 3D Stereo World-Premiere at Hamburg Planetarium. German actor Sky du Mont, who played alongside Nicole Kidman in Stanley Kubrick's “Eyes Wide Shut”, is the German narrator for the Hamburg version, which also featured an additional live-part, complementing the storyline of the show with the upcoming encounters of Earth and Mars. We’re excited to see “Explore” being screened in Hamburg, at the most visited Star Theater in Germany. As it was reported in “Die Welt” newspaper “The production of Polish creative forge Creative Planet fascinated the invited guests with stunning 3-D technology under the 21-meter dome.” Voices from the planetarium world

"Even before any scene of this show was ready for the dome, I committed to buying this show and asked for a 3D version of Explore, because Maciej &Maciej are second to none in their talent and spirit to deliver the best immersive scenes. And the 3D version, developed in cooperation with us, reveals that to an even greater degree! You immediately recognize their unique and almost “trademark-style” of elegant and beautiful soft lighting in the scenes and their sense of perfection in balancing audio and visual immersion. The superb soundtrack completes the artistry and mastership in “Explore” - a show I recommend to you in 2D...and even better: in 3D!" — Thomas Kraupe, Director of Hamburg Planetarium. “It’s a gorgeous show with a distinctive look and feel, great pacing, and thoughtful use of music. Very nice work.” —strong>Ryan Wyatt, Senior Director of Morrison Planetarium and Science Visualization, California Academy of Sciences. "Explore is among the best planetarium shows I've seen. It's full of thought-provoking content and superb visuals—it even explains Hohmann Transfers in an approachable, intuitive way! See it. Show it. Your audiences will love it." —Ron Proctor. "Explore is up there with the best of the shows produced by ALLSKY.de, AMNH, BOSTON, CAS (SF), DENVER, M3D, NSC, SKY SKAN, SPITZ, and E&S (whom I consider being the best Fulldome producers around). I can also say emphatically that some of your scenes (I am attaching a list) are exceptional both in quality of the scenery as well as the feeling they impart. That is not to say that the rest of the scenes are not just as good but the ones I listed are Hollywood quality any way you look at them." — Dionisios Simopoulos, Director Emeritus, Eugenides Planetarium, Athens. "I have been in and around planetariums for over 25 years, volunteering at Arlington’s David M. Brown Planetarium from age 6 to 18 and travelling to the Hayden Planetarium in New York, the Adler Planetarium in Chicago, and the Einstein Planetarium in Washington, D.C. In all of my years, I don’t think I’ve seen a more exquisite planetarium program in terms of production and content. I just finished watching the full-length preview — stunning." — Raphael Perrino, Friends of Arlington Planetarium. EXPLORE is an odyssey to the planet Mars, seen through a lens of human history and scientific development. EXPLORE tells the eternal dream of humanity: to reach the stars. The show presents a broad selection of science in a modern and accessible way, in a story that revolves around the ambition to colonize Mars. The film does not just explain scientific facts, such as the geo- vs helio-centric model or retrograde motion of planets. By closely examining the example of Johannes Kepler and his three laws of planetary motion, EXPLORE shows how achievements of individuals can change the world, and how much we all benefit from them. High-quality visuals, custom composed music, and professional narration all serve a single purpose: to enhance the audience’s immersive experience. Interested in getting a preview of Explore? Get in touch with info@creative-pla.net.

A new fulldome show has just been added to the Fulldome Database, check it out: We Choose Space! by Houston Museum of Natural Science & Home Run Pictures Info, trailer and full-length preview available.

Solar Superstorms is a 24-min fulldome show narrated by popular actor Benedict Cumberbatch. The film is a collaboration with Spitz Creative Media, the Advanced Visualization Lab at NCSA, University of Illinois and Thomas Lucas Productions in association with Fiske Planetarium at the University of Colorado, Boulder. The project has been made possible with support from […]