This weekend during the IMERSA Fulldome Summit 2012 at the Denver Museum of Nature and Science, was the first IMERSA fulldome 101 workshop. This unique workshop highlighted techniques, best-practices, tips and tricks from a unique collection of fulldome educators and professionals in a co-teaching environment. The workshop was organized by Jane Crayton as a part of the IMERSA Summit, with the intention to integrate all the current technology and techniques used for fulldome content creation and share it with the IMERSA community.

Because digital fulldome is a new technology it is important for the developers of techniques for creating in the fulldome share their knowledge with each other in an open-source environment. The future of fulldome production is dependent on expanding technology and techniques through immersive education.

The workshop covered basic introduction to:

The conference also included break-out sessions in (photography, animation, workflow and inflatable geo-dome single-source technology) and, a panel for the fulldome 101workshop where participants were encouraged to ask questions about techniques for fulldome production.

There were approximately 35 participants in the workshop, which seemed to be a huge success, with participants fully engaged in some hands on and immersive learning throughout the day.

Overview of each presenters contribution:

The intention of the workshop was to give an overview of production for the fulldome within a one day intensive. The workshop was aimed at persons who were looking to expand their knowledge of fulldome production from entry level to advanced. There were multiple opportunities for participants to interact with the presenters and create a dialog unique to their personal and professional needs.

Check out Jane's full article and subscribe to her new great blog ! 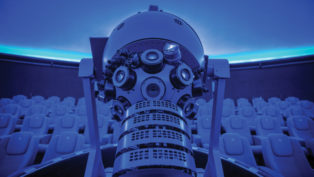 The registration is now open! Just head over to www.fulldomefestivalbrno.com to get your tickets. The early bird tickets are priced at EUR 30 only!

In June 2015, a 4-day DigitalSky Academy (DSA) Training was held in Macao Science Center. Its aim is to “Improving the Profession Under the Dome”. There were around 40 attendees, which is the largest number of attendees, mainly DS2 users from Asia. Here is a video that summarizes the 4-day activity. We also invited local […]

New Fulldome Show: The Girl Who Walked Upside Down

A new fulldome show has just been added to the Fulldome Database, check it out: The Girl Who Walked Upside Down by Planetario de Pamplona Info, trailer & full length preview available.