The California Academy of Sciences’ current planetarium show, Life: A Cosmic Story, was named “Best Fulldome Program” at the 2011 Jackson Hole Wildlife Film Festival. Other finalists in the fulldome category were All We Are by Visualization Center C and We Are Astronomers by NSC Creative.

Internationally regarded as the largest and most prestigious competition of the nature film genre, this year’s Festival competition included 510 films from more than 30 countries—a record number of submissions competing for 22 special category awards. More than 80 judges from North America, Europe, Asia, and Africa participated in the preliminary selections, and the award winners were selected by a distinguished five-person panel in Jackson Hole during the biennial industry conference held from October 3-7, 2011.

#BestOfEarth Kicks Off Tomorrow, Get Your Tickets!

The Best of Earth is a Co-op of four prestigious International fulldome festivals starting on Oct 8th, 2021. 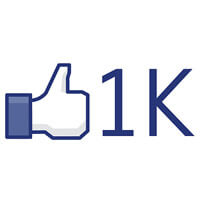 We are proud to announce that our Facebook page has reached 1000+ Fulldome Fans! We’d like to thank you all for being interested in the FDDB – The Fulldome Database, the stuff we like to share and the things we do. Thank you for engaging with us, we appreciate it more than you could imagine. […]