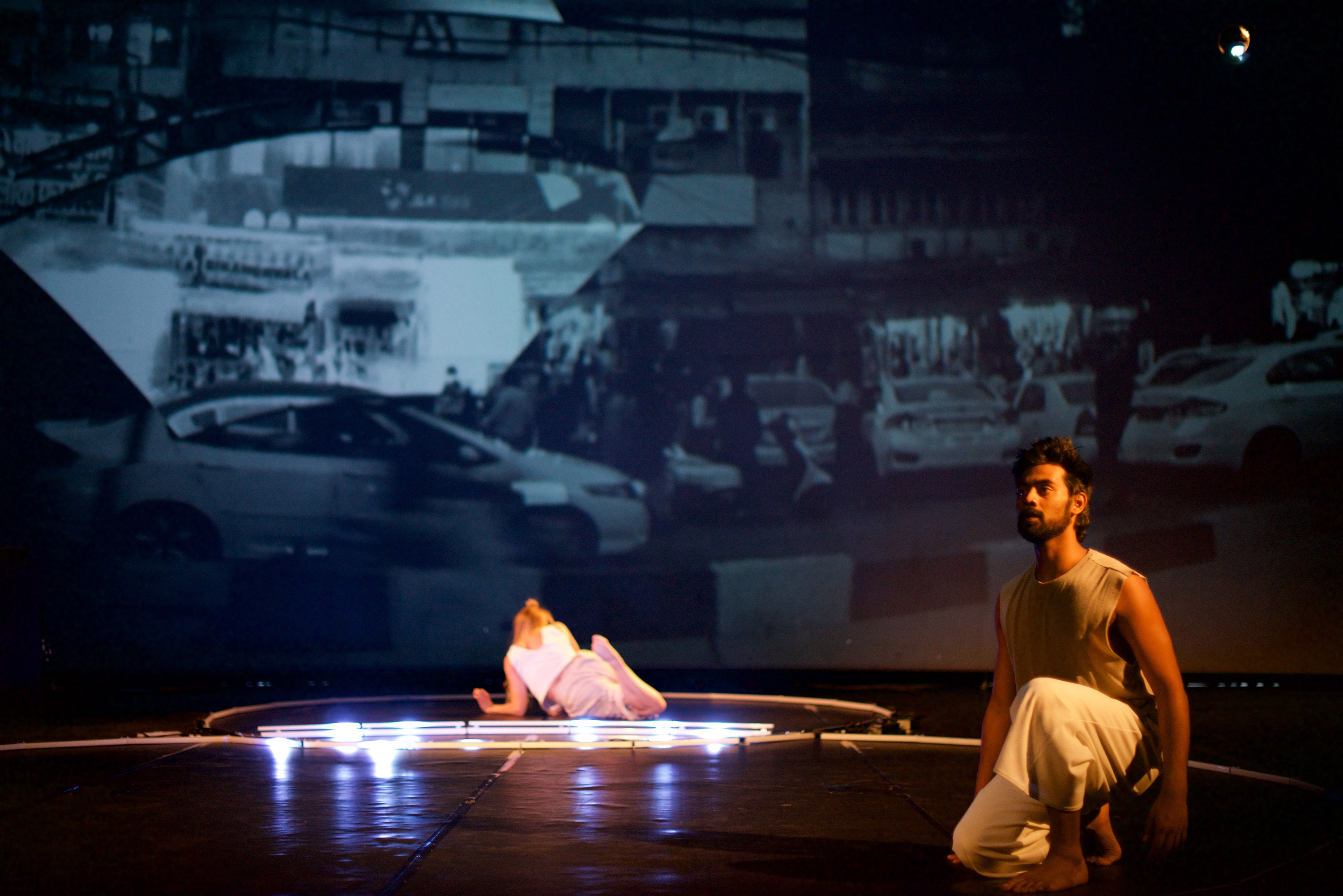 Liminality Live, which was conceived and created by 4Pi Productions (Cardiff-Wales) in collaboration with Society for Arts & Technology (Montreal-Canada) has been longlisted in this year's Lumen Prize for Digital Arts within the VR / AR category.

In addition to the individual categories, there is a public choice award and as the only work in the long list that explores and celebrates the phenomenal creative potential of the Dome environment, we hoped that we could be cheeky and reach out to ask the amazing fulldome community found at FDDB to cast their votes towards this innovate work.

Public voting runs until the 1st of September and only takes around a minute or two, and although it may not win us the prize, every vote strengthens our position to try and make this artwork more accessible, strengthening our chances of further touring and development.

The performance piece / digital artwork builds upon the Award-winning Liminality Fulldome film which is the 4th film produced as part of the innovative Dance Dome Platform which is designed to break down barriers of engagement with both immersive technologies and contemporary dance. We have worked incredibly hard over the last 7 years to achieve our goals and we're obviously delighted with the amazing recognition that both the film and live work are receiving as it helps us hugely in our project goals of both pushing the cinematic language and performance capabilities that immersive environments can provide.

The work was created over an intense week-long residency in Montreal back in March before being presented to sold-out audiences as part of the 36th International Festival of Films on Art (FIFA). We are incredibly proud of what we have achieved with the work and are just incredibly driven to allow more audiences to engage with it, however, as you all likely know, access to domes is expensive and complex, especially when you need an 8m dancefloor in the middle!

Any help, votes or sharing of the project and the public vote is gratefully appreciated.

Evans & Sutherland is seeking a Marketing Coordinator to support all aspects of company marketing.