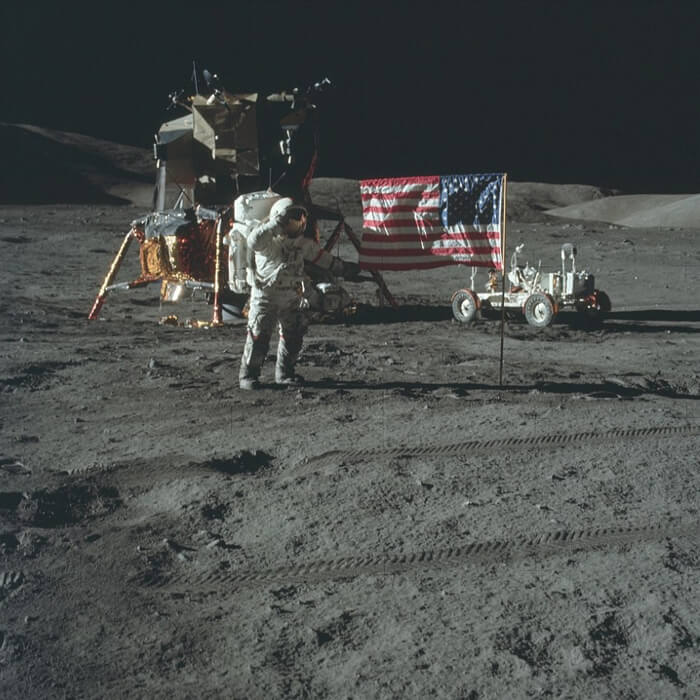 If you haven't heard of it, it's worth to stress it again:more than 8,400 stunning photographs from NASA’s Moon missions have recently been uploaded to Flickr on the Project Apollo Archive at a mind-blowind resolution of 1800 dpi! These never-before-seen images offer a fresh look at the lunar landings and let people revisit the most iconic moments in extra detail and even discover unusual shots taken by astronauts, including beautiful photos of the Earth, snapshots of experiments and on-board craft, and funny pictures of the crew.

The iconic footprint on the Moon surface.
Photo credit: NASA

Back in the 1960s NASA sent astronauts to the Moon to do scientific exploration. Over the course of the Apollo missions, 12 astronauts walked on the Moon and conducted experiments, taking some incredible photos using specially-adapted Hasselblad cameras, which could capture impressive details becausethe film they used was 4x as large as standard 35mm frames.

The original photos have been preserved, and a team of enthusiasts have made digital copies of them in high resolution to reveal details never seen before. Thanks to their tireless work, every photo taken on the Moon (and many of the ones taken on the way there and back) are now available on this Flickr Album.

Needless to say that this newly-revealed photo collection opens great opportunities for planetariums willing to create new live-presentations as well as fulldome shows enriched by new details on how people landed on the Moon and explored its surface. Planetariums around the globe will certainly find exciting way to get the most out of this new material which relates to such an appealing theme. Kipp Teague, who runs the Apollo Archive told the Planetary Society that the process to archive every photo of the Moon taken by astronauts using their chest-mounted cameras, and extra ones taken from the Earth and Lunar orbit as part of the missions, has been a long one. More precisely, the project has been running for 15 years. Kipp Teague comments:

Around 2004, Johnson Space Center began re-scanning the original Apollo Hasselblad camera film magazines, and Eric Jones and I began obtaining TIFF (uncompressed, high-resolution) versions of these new scans on DVD. These images were processed for inclusion on our websites, including adjusting color and brightness levels, and reducing the images in size to about 1000 dpi (dots per inch) for the high-resolution versions.

The results speak for themselves. Familiar images from various Apollo missions show famous footprints and magical views of the Earth, while others offer a more surprising glimpse of the lunar landscape, with astronauts collecting samples from boulders larger than themselves and travelling across the satellite’s bleak hilly terrain. Craters in the surface have new life, the pores of astronauts’ skin show up, and specks of propellant are even visible in images of the lunar landing module’s separation from the orbiter. An astronaut and a lunar roving vehicle exploring the surface.
Photo credit: NASA

The number of views on Flickr is one more strong evidence that people’s interest in space have not died off. The best news is that there is even more images to come. Some of those will be added to the set soon, according to Teague, while the rest will have to wait. That said, 8,400 is plenty to start with and the planetarium community will surely know how to make the most out of such detailed and eye-catching content. 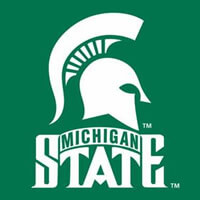 The California Academy of Science is looking for a Visualization Studio Production Engineer to support fulldome show productions at Morrison Planetarium.