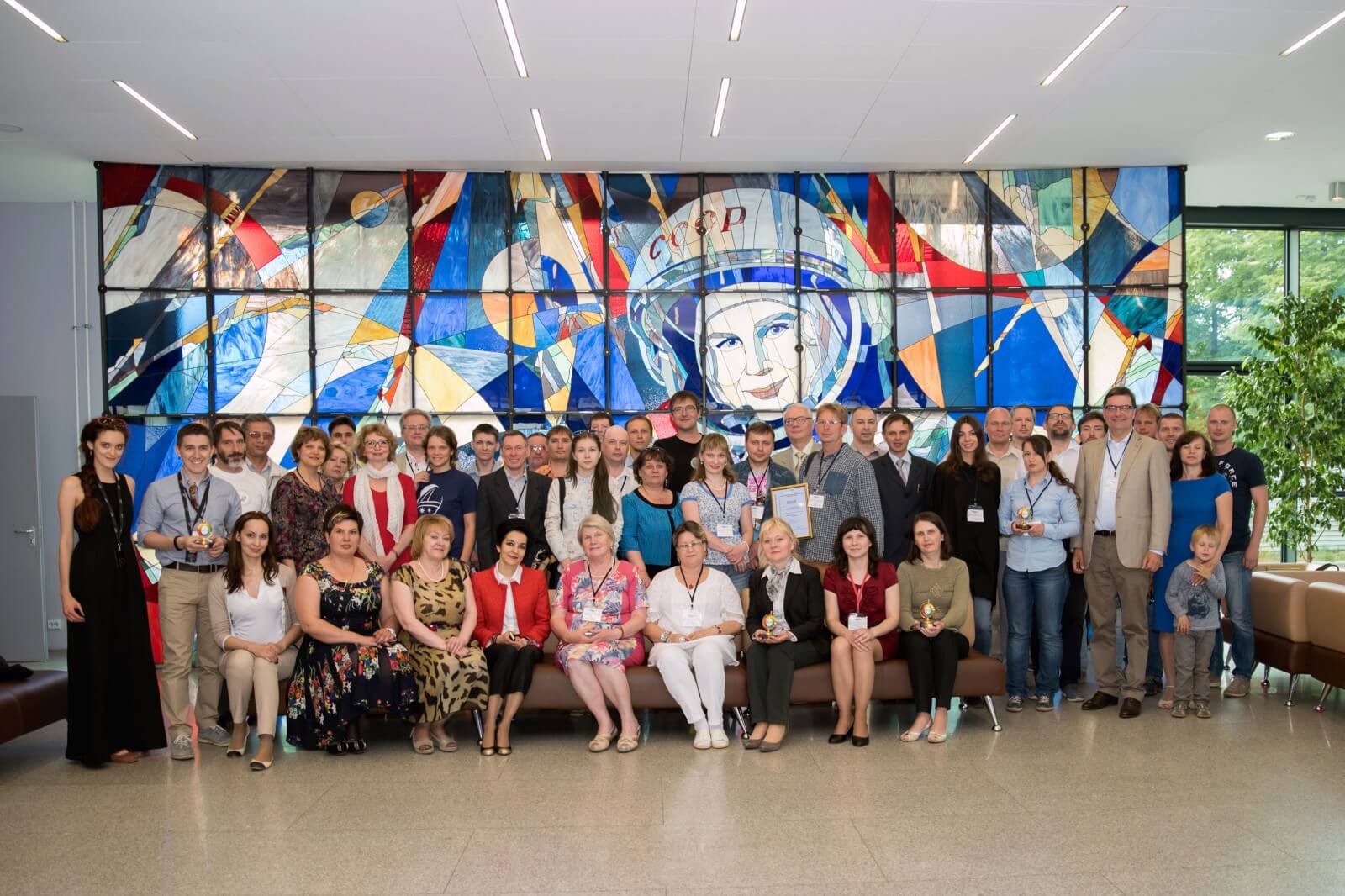 The list of fulldome festivals, held in different corners of the world, is increasing every year. With the major fulldome festival being initiated in Jena almost 10 years ago, now there are more than 10 festivals around the globe. And all of them are very valuable since they gather fulldome enthusiasts under one roof and grant them an opportunity to share opinions on produced media and learn more about the latest trends in the fulldome world.

While some festivals focus on specific topics, others are more generalist. The Russian Fulldome Festival, we have recently attended, belongs to the latter group and represents a genuine effort to introduce Russian planetariums to a whole new world of entertaining fulldome shows. Being held by the Cultural and Educational Centre named after V.V. Tereshkova (Yaroslavl, Russia) every other year, the festival is on its way to become the biggest event in the Russian fulldome community.

It is no coincidence that Yaroslavl was chosen as the venue for the Russian Fulldome Festival. When Jena has a long-lasting affair with Carl Zeiss AG, the optic manufacturer supplying planetariums with cutting-edge equipment, Yaroslavl’s history is closely connected with the life of the first woman who traveled into outer space on June 16, 1963. Thus, the Festival 2nd edition was devoted to the flight of its honorary citizen Valentina Tereshkova.

The Festival lasted for four days, from June 16 to June 19, and demonstrated both remarkable presentations and about 50 dome screenings. Its major objective was not only to bring together professionals from the field, but also to draw general public’s attention to the work of planetariums and, therefore, to boost their interest in fulldome films. Furthermore, the Festival turned out to be extremely beneficial for implementing innovative educational methods and distributing Russian and foreign fulldome content.

Among honorary guests of the Festival, there was Elena Tereshkova, the daughter of the first woman cosmonaut V. Tereshkova, who made an inspiring speech at the opening ceremony and stressed out the importance of such festivals for the world and Russia, in particular. She mentioned that astronomy had been practically erased from school curricula and, as a result, Russian youngsters had grass-root knowledge about exact science and the universe. She expressed hope, though, that planetariums would change the situation for the better and today’s children would grow up into brilliant individuals striving to new discoveries.

The Russian Fulldome Festival was also attended by Yuri Lonchakov, the Russian former cosmonaut and the acting head of the Yuri A. Gagarin State Scientific Research-and-Testing Cosmonaut Training Center (GCTC). On behalf of all Russian cosmonauts, he welcomed the Festival participants and underlined the immense role of the Yaroslavl Planetarium in sparking public’s interest in astronomy and space exploration. Mr. Lonchakov promised to provide this institution with full assistance on both local and international levels.

The list of foreign guests started with the name of Thomas Kraupe, Planetarium Hamburg Director and IPS President. Kicking off his speech, he emphasized the fact that Yuri Gagarin showed the world what Russians were truly capable of. He said he was very honored by the invitation and was looking forward to sharing his view on planetariums as mediators between people and space.

Carl Zeiss AG, the company which equipped the Yaroslavl Planetarium, also made an appearance at the Festival as its official partner. The project manager for Zeiss planetariums Lutz Müller dwelled upon their long-lasting collaboration and voiced the plans of his company to continue their work in Eastern Europe and providing Russian planetariums with necessary equipment.

Besides attendees from foreign countries, the Russian Festival attracted fulldome professionals and enthusiasts from many Russian regions, including Central Russia, the Urals, Siberia and even the Far East. Some attendees decided to make a 10-hour car ride to get to the Yaroslavl Planetarium and watch new films in the dome.

Fulldome.pro and Fulldome Film Society were important guests at the event. With their efforts and products being well-known and really appreciated on the Russian fulldome market, the Festival would not have been the same without their involvement. It was also nice to see them forwarding and supporting the activity that has been developing and growing abroad.

Andrey Lobanov, the founder and executive director of the consulting company Svensons ART MEDIA, has a long history working at the Moscow Planetarium. As many others who have been working in the field, he has seen the transition of planetarium technologies from optical to hybrid/digital ones. His enthusiasm urged him to help in organizing the 2nd edition of the Russian Fulldome Festival. In Andrey’s opinion, fulldome media give viewers a chance to immerse into great images and get truly unique experience. He hopes it will change the attitude of the younger generation, who prefer just staying at home and chatting with virtual friends. In the course of our discussion he stated:

We simply can't delay the development of this media anymore.

We were also among the festival guests and our effort as FDDB was to present the Fulldome Database to the Festival attendees. We tried to show them how it can be used for boosting their visibility and encouraging networking in the fulldome community throughout the world. We were quite pleased to witness genuine interest to our project, and we are convinced that there is a great potential for further development and introduction of even more Russian planetariums to our database.

The four days we spent at the Russian Fulldome Festival were filled with new discoveries and new acquaintances. That was ground-breaking experience we are willing to share with all of you. Attendees of the 2nd Russian Fulldome Festival in Yaroslavl, Russia.