IFSV’s recent focus goes to the exploration of the possibility of fulldome/immersive media.
Among various activities and events, IFSV’s annual DomeFest has been gaining worldwide attention as a momentous event, attracting wide variety of people, from world’s leading creators to novices or fulldome fans. 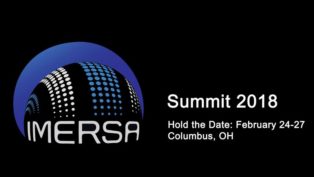 Submit your Fulldome Videos for IMERSA 2018

IMERSA put up the second call for proposals to show fulldome videos at the 2018 IMERSA Summit. Submit your fulldome piece!

This is the recording of “Tools of Full Dome Production.” The session took place at the IMERSA Summit 2014, in Denver. Speakers: Brad Thompson from Spitz Creative Media Description: An overview of today’s state-of-the-art production tools that can be used in fulldome production workflow. Credits: IMERSA.

A new full-length preview has just been added to the Fulldome Database, check it out: Dinosaurs at Dusk by Mirage3D Info, trailer and full preview available. [sponsored news]