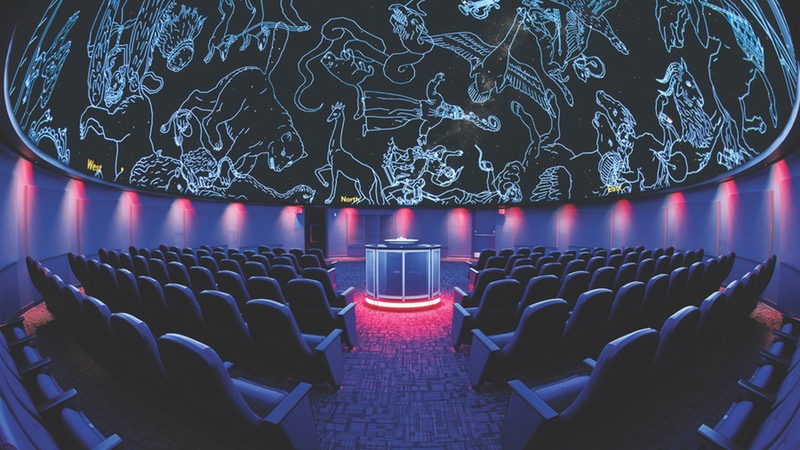 Share your stories and inspire our audiences! The Macon Film Festival is now accepting fulldome film submissions for its 13th annual festival scheduled for August 16th – 19th in Macon, Georgia. This filmmaker friendly festival has been voted one of the Top 25 Coolest Film Festivals by MovieMaker magazine and prides itself on focusing on the filmmaker experience while showcasing quality independent shorts and features from multiple genres. The 2018 festival will include the introduction of immersive cinema with the addition of the virtual reality shorts and fulldome film categories of competition. The Macon Film Festival offers filmmakers screening opportunities in multiple historic venues throughout the downtown area as well as the state of the art Mark Smith Planetarium located in Macon’s Museum of Arts and Sciences. The festival provides filmmakers multiple networking opportunities with industry-focused workshops, special guest sessions, VIP hospitality suites, regional media opportunities, and awards over $10,000 in money and prizes each year. The 2018 fulldome category call for submissions will run through April 20th and does not require a submission fee. Surrounded by a rich musical and southern culture, the Macon Film Festival celebrates independent films while promoting filmmaking for entertainment, inspiration, education, and economic development. For more information visit the official website or contact our programming team. SUBMIT YOUR FULLDOME FILM!

DROMOS: An Immersive Fulldome Performance by Maotik and Fraction

Dromos is a live audio visual fulldome performance created by composer Fraction and digital artist Maotik, designed for immersive environment, produced in the satosphere, at the Société des Arts Technologiques, for Mutek festival in 2013. Check out the show details’ page: Dromos by Fraction, Moatik and SAT – Society for Arts and Technology Since a […]