In a time where, in many countries, astronomy isn't being taught in schools anymore, Planetariums do play a major role in astronomy education and public outreach. Russian planetariums make no exception.

In fact, the 4th edition of "Reflections of the Universe", the fulldome festival held every other year at the Cultural and Educational Center named after Valentina Tereshkova in Yaroslavl, Russia, showcased 37 fulldome shows from all around the world. Among those, 11 were Russian productions.

Although this could have created huge languages barriers for the international attendees, the organizers hired a group of interpreters who allowed us to enjoy the screenings and appreciate the quality of the new Russian productions.

No doubts both the variety and the quality of such productions have increased a lot since the last time I was here. 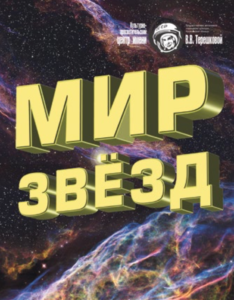 Produced by Yaroslavl's Cultural and Educational Center in collaboration with Andrey Lobanov's LLC Swansons Art Media and directed by Prof. Sergey Yazev, this show focuses on stars' structure and evolution.

Targeted to both high-school students and adults, the film covers a wide array of topics: stellar parallaxes and star distances, star formation and star evolution, and more. The peculiarity of this 40-min show is how deeply the documentary goes into topics that are usually not investigated with such details in the usual western's feature films – such as the Stephan-Boltzam equation (with an actual explanation of the equation itself!), the mass-luminosity relation, and more.

Although having equations on the dome may scare the general audience, I have to admit it rocks for both high-school and college students. Yes, the show was not only scientifically very accurate but also very enjoyable. 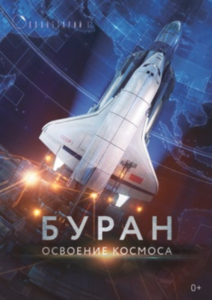 This highly-cinematic, super-polished 28-min show tells the story of Buran, the first spaceplane to be produced as part of the Soviet/Russian Buran programme, which remains the only Soviet reusable spacecraft to be launched into space.

Produced by ART- Technologii, the visuals of this show were definitely the most impressive among all the Russian productions screened at the Festival – clearly pointing to a quite higher production budget than the others'. 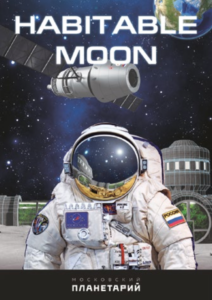 Although this 32-min show didn't win any award, I liked it extremely. Produced by a small creative team at the Moscow Planetarium, the show focuses on the Moon; of course, something that is going to become very popular in just a few weeks.

The documentary explains the hypotheses on the origin of our satellite (with a beautiful fulldome animation of the Mars-sized body striking the early Earth) as well as its evolution in the following 4 billion years, exploring both the ancient surface of the Moon and the one we can see today.

The film also teaches the audience about total solar eclipses and shows what are the future plans to make our satellite habitable.

The Book of Space Journeys 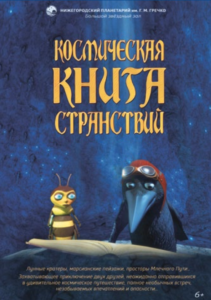 Created by the Nizhny Novgorod Planetarium, this is a 55-min animated educational fulldome documentary for children whose style and mood is quite similar to Polaris.

Lunar craters, landscapes of Mars, the vastness of the Milky Way... Two friendly characters take an entertaining space journey full of funny accidents and hidden threats to explore the extreme beauty of our Cosmos.

Children will learn there is no air in space, what the Moon is, what is gravity, how the planets in the solar system look like, and more.

This film is an in-house planetarium production, one can clearly see the huge effort the team put into it.

Accelerators – the Art of Technologies

This 20-min fulldome film introduces the audience to the modern technology of particle colliders. While travelling through time — from a romanticized epoch of 20th century' Soviet pioneers to a future with many new technologies – the show explains why scientists need to accelerate particles and presents the reasons why investing in such laboratories is indeed worth it.

Thanks to good quality 360-videos included in the film, many examples of particles accelerators are shown, both those dedicated to research and to our daily lives, such as health care and the food industry.

Produced by the Novosibirsk Planetarium in collaboration with the Institute of Nuclear Physics of Siberia's USSR Academy of Sciences, this show won the award of Best Fulldome Documentary.

Small Problems of the Solar Systems 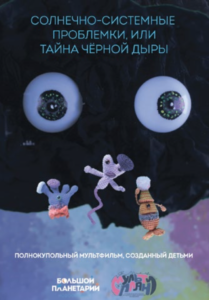 An animated 6-min fulldome short-film produced by the Novosibirsk Planetarium that teaches children about the problem of space junk and offers solutions humans and other inhabitants of our galaxy could take to solve the problem. 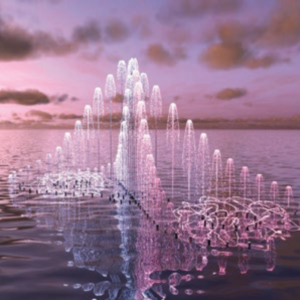 A 3-min fulldome music video with 'singing' fountains located in quite romantic scenarios.


The Festival also showcased some other Russian fulldome shorts, quite a few of which VR adaptations:

The producers of the show will add their film to the Fulldome Database soon in the original language (Russian) or in English (if available).

The 16th edition of the Jena FullDome Festival has just finished! Here are the festival winners!

New Fulldome Show: The Rainbow Fish and His Friends

A new fulldome show was just added to FDDB – The Fulldome Database, check it out: The Rainbow Fish and His Friends by Northdocks Info, trailer & full length preview available (German Only).