Started as a preliminary discussion between leading fulldome system providers at the 2014 IMERSA Summit, the group brings together four founding member companies: Evans & Sutherland, RSA Cosmos, SCISS and Sky-Skan. Other digital planetarium vendors including Goto, Konica-Minolta, and Zeiss have also stepped up to join the group.

The main goal of AFDI is to support community-wide, professional standards to facilitate convergence of film domes and digital domes. AFDI is developing a process by which vendors will work together to develop standards and enhanced capabilities that all fulldome systems can share.

To date, the AFDI has defined a very interesting standard – the Encoded Movie and Audio file for direct playback – to allow sharing of medium resolution media for direct playback without pre-processing, across sites using any compliant system. This new standard should allow fulldome theaters to play any given 2K fisheye video in exactly the same way, facilitating a wider distribution of show previews and trailers.

A Metadata Standards for fulldome show delivery has also been released already.

Individuals and organizations willing to participate are welcome to join the Association of Fulldome Innovators, more information will follow. 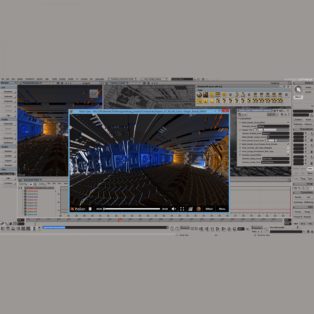