Birth of Planet Earth, a new 24-minute planetarium show for digital fulldome cinemas, had its global premiere at the Zeiss-Großplanetarium in Berlin this month.

What's The Film About?

The documentary tells the story of our planet’s origins: How did Earth become a living planet in the wake of our solar system’s violent birth? Where did our Moon come from? What are the chances of finding other worlds that are truly Earth-like? 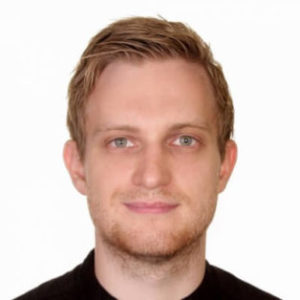 Birth of Planet Earth looks at the very beginning of our planet and the unique requirements that enabled life to evolve. The new program helps us to develop a better understanding of the history of our very own existence on this pale blue dot we call home. It marks the beginning of a major program initiative focusing on the ‘System Earth’ at Zeiss-Großplanetarium in 2019.”

Dr. Donna Cox, Director of the AVL since 2006, is a pioneer in the use of scientific data as a storytelling tool for television, fulldome, and IMAX documentaries. Dr. Cox and her team worked with leading researchers to produce many of the scientific numerical visualizations seen in Birth of Planet Earth. 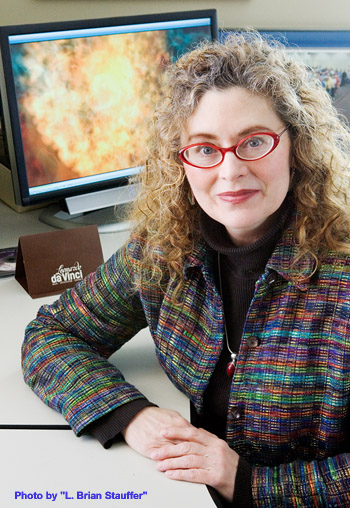 “In one scene of Birth of Planet Earth,” said Dr. Cox, “AVL worked with a team of biophysicists to show a numerical model of photosynthesis and how early-Earth bacteria harvests energy from the Sun. This model uses supercomputers to calculate the complex atomic processes that enabled life on planet Earth to evolve and spread.”

The film is a co-production of Spitz Creative Media, the Advanced Visualization Lab at the National Center for Supercomputing Applications, and Thomas Lucas Productions, Inc., in association with Tellus Science Museum in Cartersville, Georgia.

Distributed by Spitz, Inc.a> and Evans & Sutherland, Birth of Planet Earth is now available for booking by planetariums, museums and educational institutions.

Recommended for grades five and up, the film will be accompanied by teacher guides and STEM curriculum resources that encourage student engagement on concepts set forth in Birth of Planet Earth. These materials are being prepared by the staff of the Smithsonian-affiliated Tellus Science Museum in Cartersville, Georgia.

In addition to Berlin, Birth of Planet Earth has been booked in a number of planetariums and science centers throughout North America and in Europe. Additional foreign language soundtracks are currently in production. Birth of Planet Earth is now available for booking in 4K dome master format, with an 8K dome version and extended 4K television version available later this year.

Learn more and watch the fulldome trailer on the show's details page or visit Spitz website.

The ZEISS Jena's 2020 edition of the Fulldome Festival has just ended and here is the list of the festival winners and honourable mentions.

The California Academy of Sciences has an opening for a Planetarium Show Presenter. Learn more about this job opportunity.

New Fulldome Show: Planets, a Journey through the Solar System

A new fulldome show was just added to FDDB – The Fulldome Database, check it out: Planets, a Journey through the Solar System by Saint-Etienne Planetarium Info & trailer available.