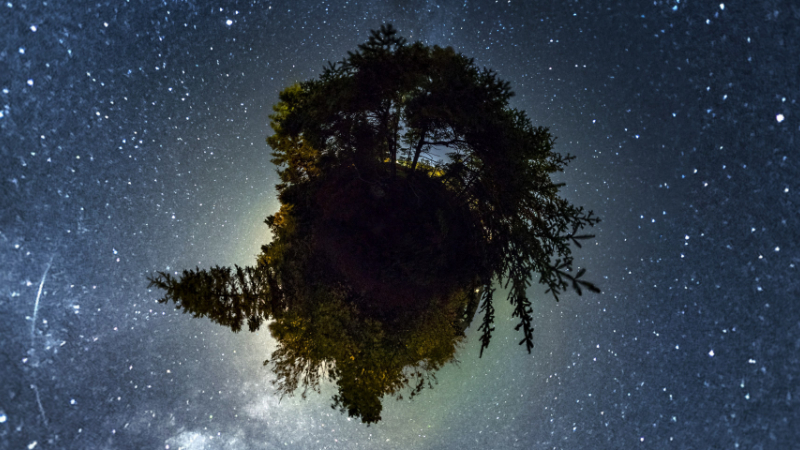 "Karta" is the Swedish word for map. With KartaVR you can easily stitch, composite, retouch, and remap any kind of panoramic video: from any projection to any projection. The KartaVR plug-in works inside of Blackmagic Design's powerful node based Fusion compositing software. It provides the essential tools for fulldome, VR, panoramic 360° video stitching, and image editing workflows. Unlock a massive VR and fulldome toolset consisting of 116 nodes and 40 scripts that will enable you to convert image projections, apply panoramic masking, retouch images, render filters and effects, edit stereoscopic 3D media, create panoramic 3D renderings, and review 360° media in Fusion's 2D and 3D viewers. KartaVR integrates with the rest of your production pipeline through a series of "Send Media to" scripts. With a single click you can send footage from your Fusion composite to other content creation tools including: Adobe After Effects, Adobe Photoshop, Adobe Illustrator, Affinity Photo & Designer, PTGui, Autopano, and other tools. The KartaVR plug-in makes it a breeze to create content for use with virtual reality HMDs (head mounted displays) like the Oculus Rift, Samsung Gear VR, HTC VIVE, and Google Cardboard. The toolset can also output "Domemaster" formatted imagery for exhibition in immersive fulldome theatres. With KartaVR you can remap 360° media between LatLong, cylindrical, angular fisheye, domemaster, and countless cubic formats like the popular GearVR and Horizontal Cross layouts. KartaVR was formerly known as the "Domemaster Fusion Macros". With the release of KartaVR 3 the entire toolset has been revised and now meets the challenging needs of VR, 360° spherical video, and theatrical fulldome production.

Stitch 360° Video in Fusion with a PTGui Project File

You can stitch 360° panoramic video directly in Fusion based upon a PTGui project file. This makes the process of building a 360° VR composite easy and fast. Stitching video in Fusion allows you to add visual effects, titles, logos, color correction, and paint out tripods directly in the Fusion compositing environment.

There are now Oculus Rift renderer3D nodes that allow you to interact with the Fusion 3D workspace, and display stereo VR images directly on an HMD in Fusion. This feature works on Windows, Linux, and macOS systems that support HDMI video output. The Oculus Rift head tracking module is not supported, but manual navigation controls in Fusion can be used to interactively adjust the camera's point of view.

Adding title graphics and logos to VR content is now simpler than ever. You can place logos anywhere in the 360° view and easily animate their size and position.

KartaVR 3 is available today for $995 USD and includes a cross-platform license. Existing customers can upgrade a single user license for $295 USD. Discounts are available for multi user licenses. KartaVR works with Fusion and Fusion Studio on Windows, macOS, and Linux. To find out more information check out the KartaVR product page: http://www.andrewhazelden.com/blog/downloads/kartavr/ 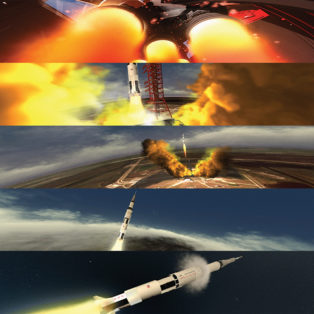 A dramatic one-minute 4K x 4K fulldome animation sequence of the launch of Apollo 11 is available for use in your planetarium, created for the Buhl Planetarium.

Dome2rect is a new fulldome toolset that allows show producers to convert domemaster format trailers into a rectangular format. This makes it easier to reformat existing angular fisheye show content for display on sites like YouTube. The dome2rect command line tools are free open source software written by Andrew Hazelden. The conversions are powered by […]