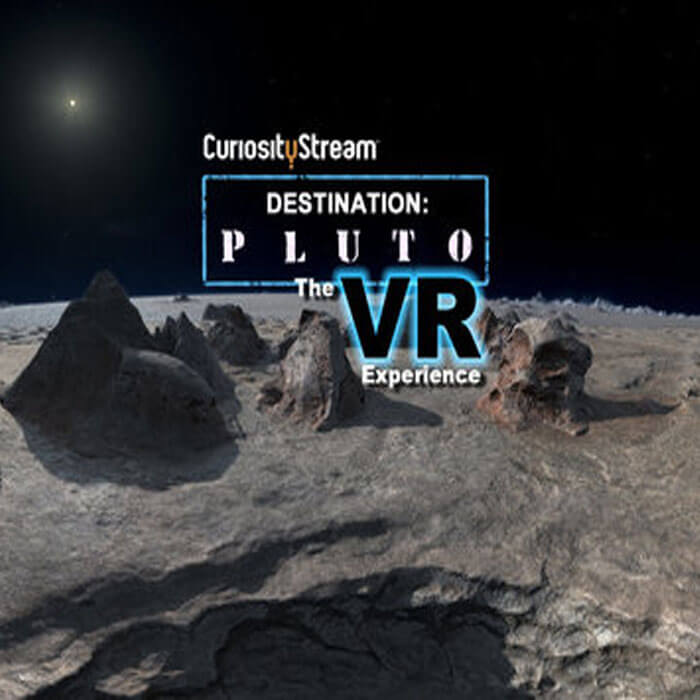 Have you ever dreamed of setting foot on Pluto and exploring its mystical nature? With the latest VR Experience called "Destination: Pluto", you will go on a exciting adventure where you can fly or walk around on three different geological specific areas on the icy planetoid… or pick up rocks and toss them in the near-zero gravity. This virtual reality simulation was produced by Home Run Pictures for a science conference held by CuriosityStream, a young company providing subscription-based streaming of documentary films. NASA supplied some source materials gathered in the course of the New Horizons mission and Home Run Pictures studio turned them into a 3D tour around Pluto for the HTC VIVE virtual reality system. It is a head-spinning and jaw-dropping experience to virtually explore the dwarf planet, its icy terrains and rugged mountains as if you truly landed on its desolated surface. Once you realize that this virtual world is composed entirely of images and data acquired and sent to Earth by NASA’s New Horizons spacecraft merely a year ago you understand how much time and efforts have preceded this short video. Being first discovered in 1930, Pluto is so far away that hardly any reliable data about it could make it to Earth. Luckily, in July 2015, on its 9-year, 3-billion-mile journey, New Horizons flew past the dwarf planet. The spacecraft’s high-resolution photos revealed its surprisingly complex geology: glaciers of nitrogen ice, avalanches, old traces of once-flowing rivers, volcanoes and mountain peaks some 11,000 feet tall. This photo of Pluto was made from four images by New Horizons’ Long Range Reconnaissance Imager, combined with color data from the Ralph instrument.
Photo credit: NASA

Alan Stern, NASA director for the Pluto mission, also attended the conference and got a chance to explore Pluto via VR. Commenting on the years-long project that started with a postal stamp in 1991, which read “Pluto Not Yet Explored, he said: "We were very surprised to find out that Pluto is still geologically alive. It has upended our ideas of how planetary geophysics works. For being so small, it’s the most complex small planet that we’ve ever seen." Today about 95 percent of the New Horizons data is already home, and scientists have learned about some major features in the icy world. Pluto has also uniquely engaged people. Scientists and space people weren’t the only ones interested in the Pluto mission. It became part of the social fabric and an internet phenomenon. That massive social engagement illustrates the mission’s great inspirational power. 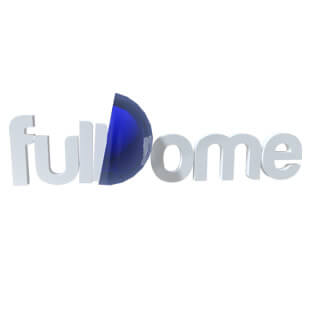 The 7th FullDome Festival will take place at the Zeiss-Planetarium in Jena from May 29th to June 1st. Three days packed of exciting workshops and fulldome screenings. Download the Program Brochure “Whoever likes the movies will love FullDome!” is the motto of this year’s FullDome Festival, to which not only professional visitors are invited. The […]