The fulldome world is a very tiny one. Everybody knows everyone. This network is very strong and very powerful, and this extends both to people, to companies and organizations. When someone leaves the group, the community feels it.

It's been a few days since we've heard of some troubles at SCISS. We decided not to share the news because we believed it's fairer someone at SCISS would do it.

Today the ZEISS Planetarium Division shared the following announcement to the worldwide Uniview community, which goes towards supporting all Uniview users. We're actively helping them share it.

"We know about the concerns of Uniview users regarding the insolvency of SCISS. ZEISS sold many Uniview licenses. Our users are affected by the SCISS insolvency as well as all other users.

Many of the Uniview users may know that ZEISS acquired the Uniview source code from SCISS more than a year ago with the intention to develop it further and to merge it with our 3D Planetarium. In the meantime, ZEISS also acquired or cleared most of the rights of third parties, which form immanent components of the software. The next logical step will be to establish a server that provides Geoscope data and others.

In view of the insolvency, ZEISS wants to bring this step forward as quickly as possible and make the data freely available to all Uniview users, not only to ZEISS customers. This is important for our Uniview customers. But we will invite all users to use the server. We expect the traffic costs to remain manageable and we expect the openness for all users to remain in the future.

ZEISS believes that the owners of rights to parts of the data will agree to this step. The new server shall be up and running before the SCISS server will be shut down. With this step, ZEISS also want to create further support possibilities. ZEISS is open to suggestions from the community about the future scope and content of this service."

Although the fulldome market is very competitive, we hope that good connections will provide fertile soil for everyone in the business to flourish.

Keep up the good connections, everyone!

Update: ZEISS issued another update to Uniview users: "Good news for Uniview users. As a result of the insolvency of SCISS the server hosting Geoscope tilesets and the domecasting software was to be shut down on March 9th. If you want to use the tilesets or want to organize or participate in a domecasting session, you won't have access anymore. To avoid this ZEISS will pay for additional two-month availability. This means you are safe to use these services until May.

A new fulldome show has just been added to the Fulldome Database, check it out: Vacation on Altair by Planétarium Galilée Info, trailer and full-length preview available. 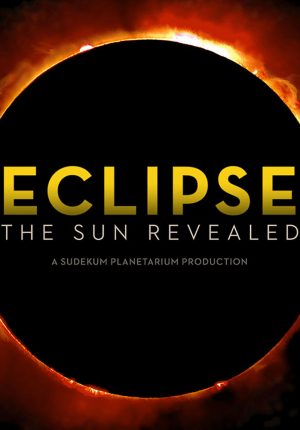