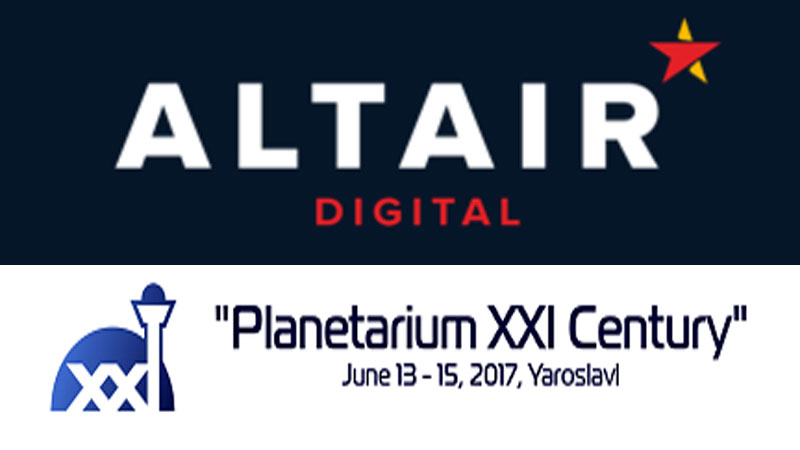 Altair Digital is a Russian company specializing in the development and implementation of fulldome visualization innovative technologies. As a part of Altair Holding, they provide a full range of services and developing areas such as the design and manufacture of inflatable and fixed domes for planetariums, the production and dubbing of fulldome shows, fulldome hardware and software development. At the 3rd Russian Planetarium Conference, Alexey Irkov (Marketing Director at Altair Digital LLC) presented trends and perspectives of the fulldome market in Russia, and presents cutting-edge technologies of his company that are being successfully implemented into the fulldome sphere. Producing inflatable domes (up to 15 m in diameter) and SpaceTouch projection systems (multi-channels, spherical mirrors, Fisheyes), Altair Digital also serves as a distributor of high-end fulldome shows. They stress out that today many fulldome stuidos create and sell 360' content only to planetariums, and sperical cinema is still closely associated with "stars and planets" when this trend is being broken throughout the world. Focusing their efforts on developing VR technologies, Altair Digital introduced Altair Fulldome Cinema - a new platform for distributing fulldome shows for VR headsets. That way viewers get access to a vast catalogue of fulldome shows they can watch in HD without leaving their home through single payment or subscription. This new distribution system will enable fulldome producers to enter B2C market and sell their content to 12+ million users in different languages. Now there're 4 VR  headsets: Samsung Gear VR, Oculus Rift, HTC Vive, and PlayStation VR - and the number of sold devices is steadily raising. Assuming the fulldome market could attract about 25 million people – an assumption that would need hours of meeting to discussed, then there's roughly 2.5 million users who are watching fulldome shows, and about 250,000 users who are ready to buy this content. Comparing selling via traditional distributions and subscriptions, it becomes clear that renting shows for one month is much more profitable than selling each license for separate charges. As a result, VR planetariums give the following advantages: they're mobile and easy-to-use (content is simultaneously showcased on 30 VR headsets), they're open to franchising and completely legal in regard to content distribution, they can be adapted to personal needs and technically supported by the software & hardware producer. 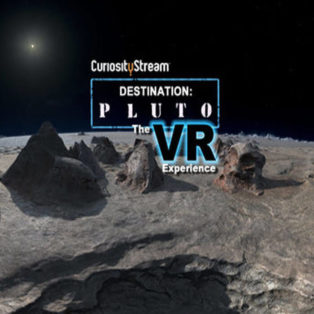 With the latest VR Experience "Destination: Pluto" produced by fulldome producer Home Run Pictures, viewers can go on an exciting tour around Pluto and follow in the footsteps of the New Horizons mission.

A new fulldome show was just added to FDDB, check it out:   Gremlins Waan by LucidTV   Information, trailer and full length version available.

2016 CES visitors were wowed by examples of the latest screen and video technology, among which was the Canon 8K Ride Experience, which harnessed ultra high-resolution video to simulate a physical experience. Read more.