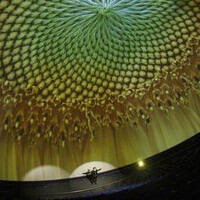 Currently there is a kickstarter running with an interesting hybrid of fulldome and theater: The Kepler Story: Theater + Science + Harmony. This show will be created particularly for the interactivity of an actor in mind. Meaning an actor has choreographed their act to match the fulldome visuals; throwing out their hand to have stars shoot out at their command. The kickstarter project ends on Tuesday, August 20th. What is the Story About? "What made Kepler so unique was his ability to integrate a worldview steeped in mysticism with a rigorous science based on observation and experimentation. Despite the unimaginable personal and professional challenges he encountered, including his mother being tried for witchcraft, Kepler never abandoned his awareness of a harmonious universe. The remarkable tale of his life unfolds onstage accompanied by awesome visuals and deeply moving music." Fulldome Kickstarters Emerging Just in 2013, its been exciting to see some interesting fulldome kickstarter projects emerge. Such as Neurodome, a fulldome film that explores the brain. Also the 360heros, a 3D printed camera rig for creating 360° video with several GoPro Hero3 cameras. While not of the fulldome format, Continuum is a feature documentary about our interconnection with each other, the planet, and the universe. 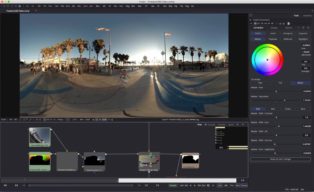 A new fulldome show has just been added to the Fulldome Database, check it out: Mars Update by Sudekum Planetarium at Adventure Science Center Info and full-length preview available.

A new event was just added to FDDB, check it out:   Fulldome UK 2012   The event will promote Fulldome as an artistic medium in its own right, and as a platform for research into data visualization, group collaboration and the effects of immersive environments on our perceptual and cognitive processes.