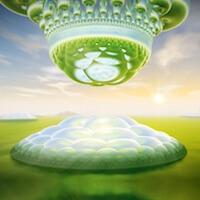 LICHTMOND is on the rise – Planetarium Hamburg has teamed up with German production company blu phase media to turn the award-winning Blu-ray/DVD production LICHTMOND – Universe Of Light into a 360˚ immersive experience for all audiences. Sensitive love poems, haunting ambient pop and chillout melodies embedded in intoxicative layers of crystal-clear electronic sound and captivating high-res 3D animation imagery: That’s the magical world of LICHTMOND - Universe Of Light, which attracted over 6.000 visitors in only 6 weeks after it´s premiere at Planetarium Hamburg.

LICHTMOND sets standards in terms of technology and content. This Fulldome production will deeply impress visitors of planetariums around the globe!
- Thomas W. Kraupe
Director of Planetarium Hamburg

Being the first fully licensed music show for worldwide exploitation, LICHTMOND is now available in 2 versions: 51 and 39 minutes of truly immersive experiences in 4K, for a general public. LICHTMOND – Universe Of Light is pure emotional chillout entertainment – a recipe to make it a box office magnet for broadest audiences, both male and female. In addition the multiple audio options to ensure that this top quality entertainment will leverage Fulldome Theaters around the globe: LICHTMOND is available in 2.0, 5.1 and 7.1. This spectacular journey has been produced to show the power of Fulldome and its technological possibilities.

Two Bavarian brothers are the creative directors of LICHTMOND - Giorgio and Martin Koppehele. Together with the Spanish animation team at Imago-D Studios they have created a kind of parallel universe for LICHTMOND, named “Earth 2”. Though comparable to our own planet, Earth 2 is orbited by two suns, causing quite different gravitational forces to come to effect. That’s why hovering trees, strange species of flying fish, bubble-like volcanoes, surreal sculptures and other unknown objects come to life by means of a stunning 3D technology. This world is untouched by mankind, so the spectator can enjoy it peacefully. The combination of audio-visual beauty and distinctiveness is intended to achieve “pure indulgence for the soul”. Each song has it’s specific environment.

The beauty of LICHTMOND animations is that you are able to roam freely within their newly created world.
- Thomas W. Kraupe

Giorgio & Martin Koppehele are also the musical heart and soul of LICHTMOND. Yet the idea to collaborate with internationally renowned artists like Alan Parsons (USA), Boy George (UK) and I Muvrini (France) has always been an integral part of the LICHTMOND-concept. The renowned Ambient-Pop project LICHTMOND has already been launched successfully in the German-speaking territories: Their first album “Moonlight” was released on Blu-Ray, DVD and CD in 2010, and was enhanced by their highly acclaimed live performance as part of the “Night of the Proms Tour”. In 2011, LICHTMOND released the world’s first animations music Blu-Ray in 7.1. and 5.1 surround sound as well as real 3D. In autumn of 2012 this gold- and platinum sales- and award-winning success story continued with a new album release, paving the way for an immersive experience. In that sense LICHTMOND is the first fulldome show project with an integrated marketing and product approach, bringing cross-marketing- and tie-in possibilities with other products of the LICHTMOND world to Planetariums worldwide. For licensing inquiries please contact Markus Schaefer and Oliver Helwig at: 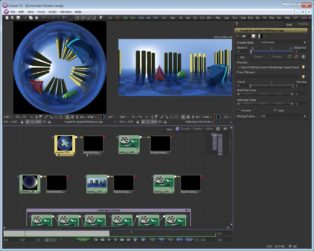 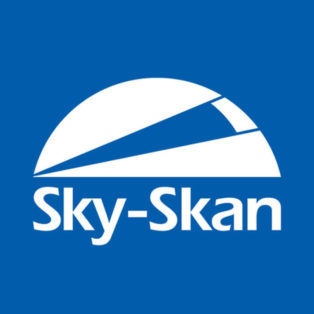 Sky-Skan introduces Dark Matter simulation & control software for use in Definiti domed theaters at the IPS 2016 Conference in Warsaw. 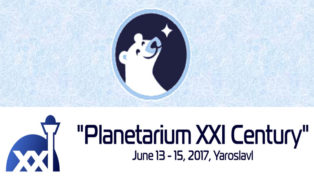 Mikhail Gavrilov presents the 1st astronomical & scientific contest for pupils at the age of 11-13 years "Ursa Minor" at the 3rd Russian Planetarium Conference.