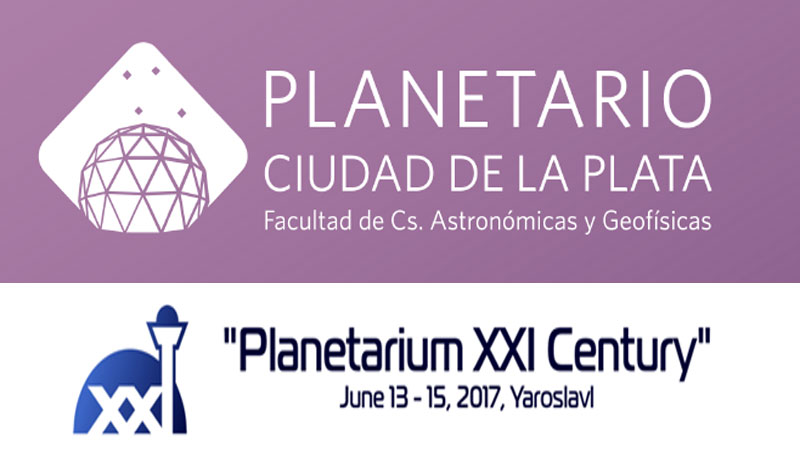 The 3rd Russian Fulldome Festival and Planetarium Conference brought together fulldome producers and planetarians not only from Russia and Europe, in fact it also caught the attention of Cintia S. Peri and Pablo J. Santamaría - representatives of audiovisual production team at Planetario Ciudad de La Plata. They came to Yaroslavl, Russia from far-away Argentina to share their view on what fulldome storytelling is and how it's dealt with in Latin America. Planetario Ciudad de La Plata was built and opened its doors only 4 years ago, supported by the Faculty of Astronomical and Geophysical Sciences at Universidad Nacional de La Plata in both financial and technical manners. The main goal of the people working there is to raise the passion for science in little children, to attract the attention of growing-ups to planetariums, and, most notably, to make the Argentinians aware of their country's contribution to space research. In order to popularize astronomy and other sciences, the staff of Planetario Ciudad de La Plata combine science, art and technology. Holding many astronomical and local-related events, they show their visitors that art, science and technology can be mixed in a funny way. By spreading the word about upcoming festivals and screenings in popular social networks, they attract many visitors. In fact, it was only the matter of time till Planetario Ciudad de La Plata started to produce its own fulldome content. The task was quite challenging as their fulldome productions should be school-oriented and cover not only classic science, but also amaze people who had nothing to do with astronomy before. Their first production was an adaptation of the french film "A Trip to the Moon", which includes the flat movie integrated with the planetarium software simulation. Luminociones is another 30-min production that focuses on both the ocean and stars, and utilizes some real-time content produced by their planetarium software and mixed with local music. So far a fulldome film about a little brave mouse Belisario is their most popular and most acclaimed (Special Award for Best Music at the Russian Fulldome Festival) production. It tells the story of a real-life mouse that was sent into space by the Argentinian cosmonautics agency in 1967. In the film, Belisario becomes a hero who can travel through time and space educating the viewer about space while making references to popular movies as well as entertaining the audience. During the production process everybody involved – screenwriters, animators, musicians, etc. – had to get used to the fulldome format as it was something completely new for them. In the end, all the 24 people working on Belisario did their best, and now the show gets sold out every weekend. Children are waiting for the next episode in this soon-to-be franchised, completed with comic books, a video game and souvenirs. Currently there's one more fulldome film El Camino Eterno (Endless Road) in post-production. This fulldome documentary is about the Milky Way, and follows a photographer traveling through Argentina and visiting its most prominent observatories. Based on 4K timelapses, this production will be available in both fulldome and flat version. Free entrance to the planetarium makes it really challenging to produce new fulldome films, but the local creative team is ready to take this risk as a means of learning something new. Their future goal is to get more financial support from institutions and make even more fulldome productions that will help to combine art, music and science more freely, and entertain viewers in the sphere of astronomy as well as other topics. 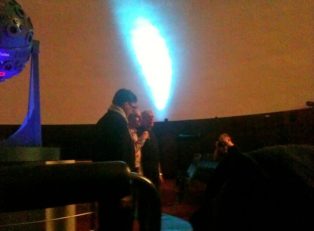 It’s big, it’s nice, it’s part of history: the Zeiss planetarium in Jena hosts the 2012 edition of the FullDome Festival, which has grown to be a must-attend event of the international fulldome industry agenda. Could we miss it? No way! Surely not. We made a 10 hour journey and attended the first day of […]

The Domemaster Photoshop Actions Pack is a collection of custom Adobe Photoshop actions – written by Andrew Hazelden – designed to speed up the fulldome content creation workflow. The actions provide tools for converting images from several common panoramic formats such as angular fisheye, equirectangular, and cube map panoramas, and general utilities for fulldome production. […]